Long-suffering Gopher football fans have frequently lamented the school’s inability to be more like rivals Wisconsin and Iowa: predominantly power football teams who live and die on the ability to run the ball.

That’s why it’s slightly ironic that Wisconsin comes into Saturday’s Axe showdown buoyed by their recent transformation to look more like the Minnesota Gophers.

Against Purdue, the Badgers still got 222-yards of rushing from top-threat tailback Jonathan Taylor. Wisconsin also accumulated 181-yards on jet sweeps, rpo’s and ran a very Gopher-like “Wildcat” set. Mix in an un-Wisconsin-like 203 yards of passing, the Badgers looked downright diverse against the Boilermakers.

Here’s the problem: Wisconsin also coughed up the football five times against the 12th ranked defensive team in the Big 10 Conference.

It’s a long way off, but the weather for Saturday’s big game is expected to be nasty. Look for turnovers to play a big role in Saturday’s game. The Gophers ability to take care of the football has served them well all season. Next Saturday, it could prove critical.

Game within the game

Football has been described as “the ultimate team game.” One single player rarely dictates the outcome of a football game, but there is one key matchup to keep an eye on.

Wisconsin tailback Jonathan Taylor comes in having rushed for 1,685 yards and has tallied 18 touchdowns. Barring an unfortunate injury the Salem, New Jersey product seems destined to be a Heisman Trophy finalist and a first-round draft choice.

Countering Taylor will be Gopher safety Antoine Winfield Jr., recently named a finalist for the Bronko Nagurski Trophy, given annually to the best defensive player in college football. Winfield is the Gophers leading tackler with a total of 50. How he is deployed and his ability to locate Taylor among the Badger blockers will make for “must-see” TV. 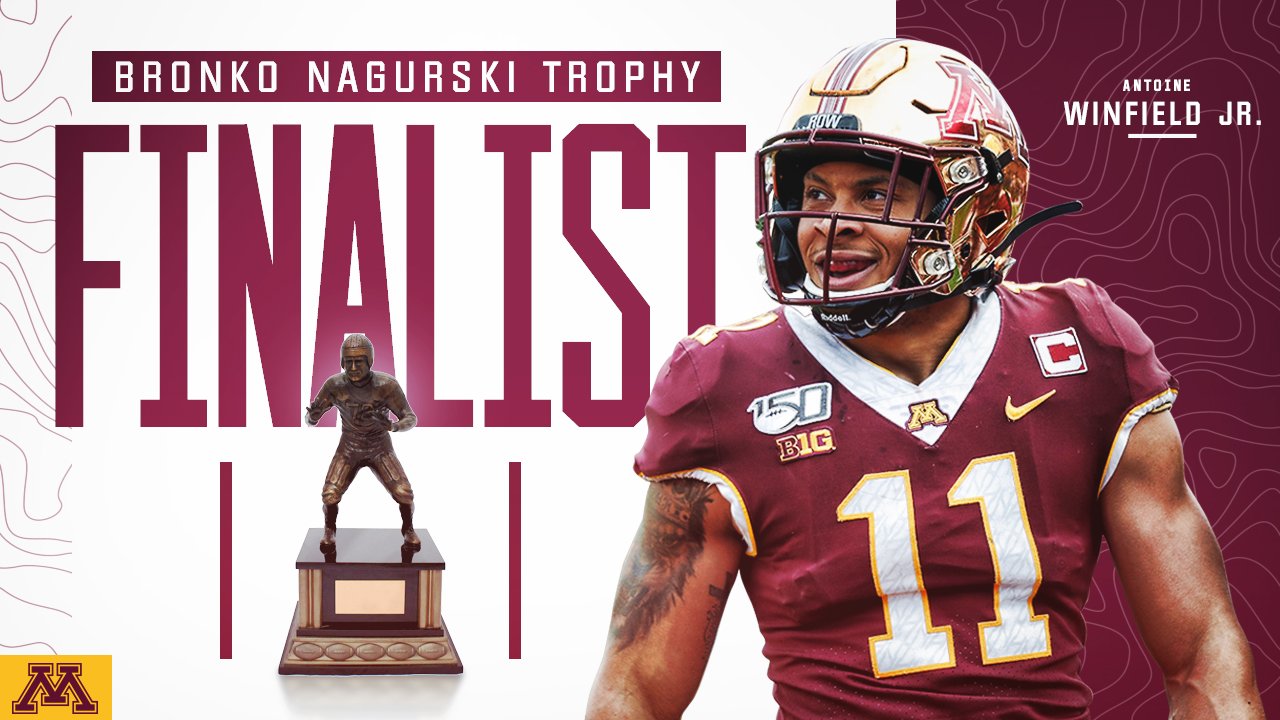 This past week yet another high school basketball star spurned Richard Pitino’s Golden Gophers basketball program to play elsewhere. To say this is a troubling trend is putting it mildly.

Last Wednesday, Prior Lake five-star recruit Dawson Garcia, picked Marquette over the Gophers. Garcia became the sixth in-state recruit, three-stars or higher, to commit to an out-of-state program. Sadly, this is nothing new.

SMB Wolfpack quarterback Jalen Suggs (1) juked past a tackle attempt by Willmar’s Ty Roelofs (11) for a first down in the first quarter on Friday. Photo: Aaron Lavinsky Star Tribune

Still on the board are Jalen Suggs, a five-star football and basketball prospect from Minnehaha Academy,  and Kerwin Walton, a three-star Shooting Guard out of Hopkins High School.

Walton isn’t expected to commit until the later signing period, but at this point hasn’t even scheduled a visit to the U of M. Suggs, who previously said he would announce his college commitment at an earlier date, is currently still focused on playing quarterback with a prep bowl game on Friday.

It’s expected that if Suggs does plays college basketball it will be at Gonzaga, but there is a very good chance that he will go to Europe and play professionally until he is eligible for the NBA draft.

The new facilities constructed at the U of M were supposed to make the school more competitive in the Big 10, and against other schools across the country. It seems to be helping in almost every other sport, yet Minnesota’s best boys’ basketball players continue to shun the Gophers.

Babcock to Wild? Probably not.

I’ll admit that my heart raced when I saw that Mike Babcock had been fired by the Toronto Maple Leafs. With a career record of 700-418-19, Babcock has won the Stanley Cup and two Olympic Gold Medals as a coach.

A move to “Minny” would only make sense if the Wild were committed to a total rebuild, and would hinge on how much of Babcock’s 8-year, $50-million contract the Leafs are still on the hook for.

Still, just the thought of Mike Babcock and P.J. Fleck coaching in the same market is exciting. I’d love to be a “fly on the wall” if the two ever had lunch!

3 lessons from “Miracle” to warm up for Hockey Day MN