NFL jerseys honor the past, but look ahead to the future

NFL jerseys honor the past, but look ahead to the future 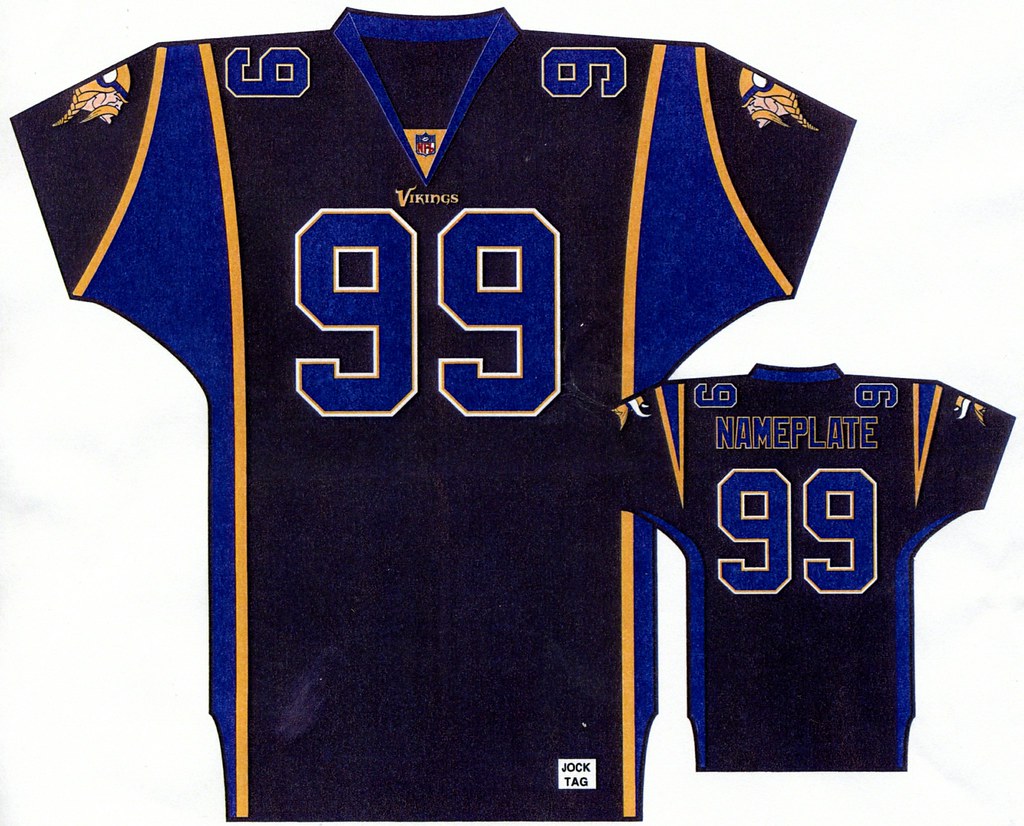 Many sports organizations are going through their archives, dusting off vivid memories of past greatness. It’s bittersweet seeing how time has passed. But one thing that remains the same is that past trends always work themselves back into current trends. Snapback hats in the ’90s, high waisted mom jeans from the late ’80s and silk scarves from the ’50s have all made a comeback in pop culture. The demand for throwback materials includes a high request from NFL fans asking for the return of throwback jerseys to add to the nostalgia being felt around the world.

The Minnesota Vikings haven’t worn a throwback jersey since 2009. The white three-stripes outlined with yellow over a deep purple base has been a request from Vikings fans for a while now. The iconic jersey that the Vikes wore through the majority of the ’60s and ’70s highlights the meeting of the quarterbacks held by the Purple People Eaters that terrorized the NFL for two decades. While most people believe the Vikes won’t release a new jersey for another two years, there’s been seven NFL teams in 2020 that have already, or plan to change their home/away uniforms, modernizing or throwing it back.

Last week, the Cleveland Browns released three new uniforms that pay homage to the past, and 100% of the proceeds go towards the “Hats Off To Our Heroes” fund. I like the all-white look, but I wouldn’t have noticed the difference between this year’s uniform compared to last year’s.

Why have one logo when you can have two? And you don’t mess with a classic, you push it forward. With new block numbering, secondary logo and watermark, the new look honors the state of Indiana. There’s no looking back for the Colts, they’re looking forward to continuing the cleaner look while maintaining their current identity.

The Atlanta Falcons redesigned their uniform for the first time in 17 years and went back to black. Newly announced running back Todd Gurley will be sporting a new home uniform with possibly eight different uniform combinations. Research collected for more than a decade concluded three pleas from ATL’s focus group: 1) Love the red, but bring back the black, 2) reflect the modern progression of the city, and 3) keep it simple and stay true to the roots.

The Los Angeles Chargers will bring a new quarterback and uniform to its new Inglewood stadium in 2020. “Bolt up” is the social media campaign that sparked the idea of the team’s new uniform. The team is totally in relaunch mode and has focused on Powder Blue and Sunshine Gold to headline the new logo. The Chargers announced that they will be releasing their new uniforms on April 21. Don’t be surprised if you see Sunshine Gold-colored pants on these uniforms that reflect ’70s.

In March the Los Angeles Rams redesigned their logo, which pretty much had the entire fan base upset. Eric Dickerson even weighed in on his thoughts. Other than the importance the horns play into the team’s history, the Rams have said very little about the redesign since. Throughout the branding process, the team drew inspiration from the 1960s surf, skate and car cultures when creating its new look. The new logo features the LA initials. Rams COO Kevin Demoff described the new colors and logos as “vibrant, sunny optimism of southern California life.” Expect the uniforms to resemble the same look.

No Brady. No Problem. This is just the first total change to the Pats uniforms in 20 years following their 2000 season. ESPN reported that changes to the team’s uniform would be subtle, and that was the case. The Pats will battle at Gillette Stadium in a blue on blue at home and wear an all new away uniform. While many fans called for a return of red jerseys and white helmets, they’ll have to wait a little bit longer.

The Buccaneers’ new uniform is a major throwback, man. Resembling what the team wore from 1997 to 2013. The team will have three color combinations instead of two this year: red, white and a silver-gray alternate for Color Rush games.

Kick or Treat, smell our cleats, thanks to all the bold athletes!

The 12th annual Kick-or-Treat Costume Contest: enter if you dare!

Kick it Back: Target USA CUP

8 things every striker should know to advance their skill level

Victory Links Golf Course opens April 24
4 Takeaways from this week’s episode of “The Last Dance”
%d bloggers like this: